Archers are very familiar with how far they can shoot an arrow given the poundage of their bow and their arrows weight. On a calm day, this distance should remain relatively constant for an experienced shooter as they have perfected their draw and release on the bow.

But, what if, instead of firing the arrow in a forward direction, you aimed the bow straight into the sky. How high could you shoot an arrow?

Well, the answer depends on the draw weight of the bow; this will determine how much energy is transferred to the arrow. It will also depend on the weight of the arrow as a lighter arrow will travel farther, given the same force, than a heavier arrow. We could generalize that a 50lb bow could fire a standard arrow about 369 meters (403 yards) straight up under ideal conditions and in a vacuum—that means with no atmosphere. Keep reading to see how we worked out that height.

WARNING: You should never fire an arrow into the air. In most places, this is illegal, and it is incredibly hazardous to you and anyone that is even remotely close by. We will discuss this in more detail in the latter half of this post.

Because there have not been extensive tests on firing arrows straight up, for several reasons including safety, we need to use some physics to figure out, theoretically, how high you could shoot an arrow.

To do that, we are going to borrow some calculations done by Steven Holzner, Ph.D., who was on the faculty of both MIT and Cornell University and has written several books on physics.

The Physics of Firing and Arrow Straight Up

I have put some of the formulas used to calculate the height limit, but you don’t need to understand the physics behind them to follow this explanation.

So, let’s take a look at how we figured out the ceiling height of an arrows flight when fired straight up using a 50lb pound bow:

Potential energy is what you are building when you pull back on the bowstring. It comes from the stress in the bowstring and the limbs of the bow.

When you release that bowstring, you transfer energy into the arrow. That transfer from bowstring to arrow gives the projectile its kinetic energy.

Also necessary is velocity; this is simply the speed of an object traveling in a given direction.

Firing a 50-Pound Bow Straight Up

So, for our calculation, we need to know the kinetic energy that the arrow will have. Because kinetic energy is equal to the square of the velocity, we can work from that 70-pound compound bow velocity above.

In the equation above: 70 is the draw weight of the bow, and 100 is the velocity of the arrow in meters per second.

Next, we need to solve for x, which gives us a velocity of 85m/s.

Finally, if we use Dr. Steven Holzner’s equation from the article above about firing a cannonball straight up, we can see how far the arrow will travel before it reaches an upward velocity of 0 and starts to fall back to the earth.

d is the distance we are solving for, and v is where we will plug in our 85m/s. The last half, in brackets, is what accounts for the force of gravity pulling down on the arrow.

Working this out gives us our distance of 369m or 403 yards straight up.

Firing a 65-Pound Bow Straight Up

Following the same procedure above, plugging 65 into our first formula will get us an initial velocity of 96m/s.

If we put that velocity into our second equation, we get a theoretical ceiling height of 470m or 514 yards.

Remember, this is calculated based on an arrow fired entirely straight up in a vacuum.

That means there is no air resistance include. It also does not account for the layers of the atmosphere. As you travel upwards in the atmosphere, the conditions change. The temperature will fluctuate as will the humidity and the speed and direction of the wind. All of these will reduce the actual height an arrow would reach.

Also of note is that no human could actually fire a perfect shot straight up. There will always be some deviation from straight, which will also affect the actual height reached.

So, the arrow has hit its maximum height; it is now going to fall back down to earth. That’s a dangerous projectile design to penetrate objects, which is now falling back to the ground on an unpredictable trajectory. What would its speed be, and would it be enough to injure someone critically?

Again, this is not well tested, although specific myth-busting individuals have run some tests. This question is something best figured out using physics formulas rather than testing because of the danger factor.

Rhett Allain, an associate professor of physics at Southeastern Louisiana University, wrote a piece for Wired magazine where he does the math on this problem. Include in the article are some fantastic programs you can play with to figure out this problem given different variables like arrow weight and initial velocity.

Using an initial velocity of 60m/s (considerably slower than our 85m/s and 96m/s for out 50 and 60lb bows respectively), he found that the arrow would be traveling at ~60m/s when it hit the earth.

What about the speeds for our two cases above well, they would be ~62.5m/s and ~66m/s. Thus, they too would be going fast enough to kill or seriously injure someone when they hit the ground.

Now you can see why it is incredibly unsafe to fire arrows into the air.

The exact physics behind how high you could actually fire an arrow contains too many variables to be calculated with any certainty. The draw weight of the bow, as well as atmospheric conditions, will all alter the actual height an arrow reaches. However, we can work out the maximum altitude such a projectile could travel given the draw weight of the bow and some reasonably straightforward physics equations.

A more critical question is: what happens once it hits that height? Of course, it starts to fall back to the ground. The force with which it eventually hits the ground is enough that, should it hit a person instead of the earth, there could be grave consequences.

Don’t try this at home folks, you can get in serious trouble, and even more importantly you could injure yourself or someone else.

The concepts used here are pulled from a branch of mechanics known as kinematics. Kinematics looks at the motion of objects, which is highly applicable to the physics of archery.

If you would like to learn more about it, check out this video from Rhett Alain.

Can You Buy A Bow Online? Here’s What You Need To Know 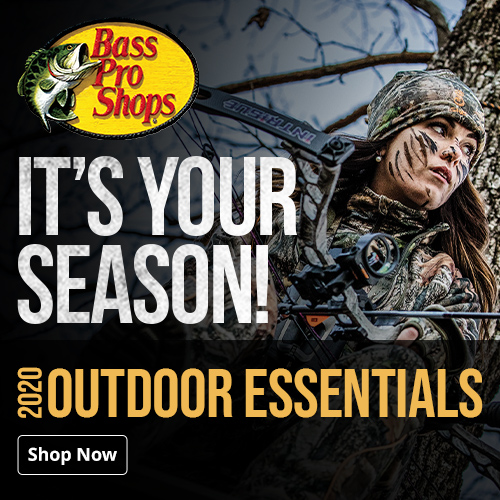