Has archery on land become dull, or perhaps hunting on the solid ground feels too mundane after several seasons of the same old thing. Are you considering taking your favorite sport underwater to keep things fresh? Ok, that was a bit of a joke, but underwater archery is not entirely “uncharted water.”

So, can you shoot an arrow underwater?

Yes, you can shoot arrows underwater. Some people may have seen that famous show about busting myths that demonstrated to us all that you cannot shoot bullets underwater, even if you make a waterproof gun. However, bullets travel at supersonic speeds. Supersonic means they go faster than the speed of sound. Arrows are subsonic, meaning they move slower than sound. This speed differential is critical to why arrows can be fired underwater while bullets cannot.

Because arrows are subsonic, they do not hit the water with the same force and will, therefore, push water molecules aside rather than running into them like they are a brick wall. Thus, arrows will travel through water, whether they are fired into the water from above or fired underwater.

Let’s take a look at these two different cases, shooting an arrow underwater and firing from land into the water.

Firing an Arrow Underwater (Do Not Try This at Home!)

It has been done, and, as you can see in this slow-motion YouTube video by Eastman’s Hunting Journal, it looks pretty amazing!

While underwater archery has been attempted, it is far from a mainstream sport. There is no specially designed equipment as of yet, and taking your regular bow underwater will undoubtedly do some damage to your gear. You could also injure yourself or others! It is not recommended that you try this at home.

However, for curiosity’s sake, we can take a look at the mechanics of firing an arrow underwater.

Quick physics side note: A fluid is any substance that flows. Liquids are the most well-known fluid, but because gases flow, they are also fluids.

Looking at the bow mechanics, when you pull your shot back on your bow, the limbs pull towards you. When you subsequently release, the limbs must now travel forward to pull the string and the arrow with them.

Because water is a higher viscosity, it resists the forward motion of the limbs with greater force than air does, this is called drag. This increased drag will inevitably slow down the speed of the arrow as it flies through the water.

To counteract the increased resistance from the more viscous water, an underwater archer should use split limbs. Split limbs, instead of being a solid piece, have a break running up the middle length of the limb. You can see an example of split limbs in the video above.

Split limbs reduce drag from the water by allowing it to pass through the middle section of the limb instead of forcing all the water around the sides.

Two other pieces of kit will make it easier for an archer to shoot underwater.

The first is an arrow rest known as a whisker biscuit, due to its bristles and circular shape. This type of arrow rest will work better underwater than any other and will keep your arrow as on target as possible underwater.

Any underwater archer will also want bow fishing arrows. These arrows are designed to glide through both air and water as they are made for shooting fish.

Remember that even with this equipment, the arrow will still never travel as fast as it would through the air. Again, this is because water is a thicker medium than air and offers more resistance against objects that move through it.

Arrows can be used effectively underwater, while bullets cannot because of the way that the drag force scales up. There is a quadratic relationship between drag and velocity, which means that the drag increases by the velocity of the projectile squared. Because of squaring, a small increase in the velocity results in a much more significant increase in drag.

You can find a more detailed explanation in the video below.

If you want to shoot underwater, you would be much better off doing it with a speargun as they designed to be fired underwater. Spear hunting can be a fantastic hobby, you can read about training for spear hunting here.

Firing and Arrow from Land into Water (Bowfishing)

This practice is an established form of archery and can be done safely using the proper equipment. Even better, you could potentially get a meal from this sport!

In bow fishing, archers fire arrows from above water to target fish that are underwater.

To get started with bowfishing, you will want a few pieces of gear:

If you cannot attach a bowfishing reel to your bow, you can either mock something up if your handy enough, or you can go with the primary method of tying the line to your bow’s riser.

Bowfishing can be done in fresh or saltwater. You want to make sure you are in clear, shallow (3 to 4 feet deep) water. Remember that water is denser than air. The more water your arrow has to travel through, the less force it will have to spear the fish.

You want to pick an area that has a cover for fish, as this is where they like to hang out and hunt for food. Look for foliage in the water like reeds or human-made structures that the fish use for cover.

Keep track of your shadow. Fish use light to detect potential predators. If your shadow passes over the fish, it will get spooked and swim away at speed you will never achieve in water.

Aiming is trickier because light bends (known as refraction) when it passes through mediums of different densities—i.e., when it travels from water to air or vice versa.

Bowfishers use a rule called the 10-4 rule. This basic rule says that for a fish that is 10 feet away from you and 1 foot deep in the water, you should aim 4 inches lower.

You also want to target the front half of the fish; this is where the brain and vital organs are, which gives you the best chance of killing the fish with a single arrow. Some bigger fish, such as larger gar species, may require multiple shots to kill.

Bowfishing is not a catch-and-release sport as you are essentially spearing the fish and any fish that is punctured by an arrow is going to die in relatively short order.

You can shoot an arrow underwater, but a speargun is a much better tool if you plan to do any fishing.

Shooting an arrow from above water to a target underneath is a regular practice in bowfishing. With relatively little equipment, this an easy sport to start practicing. However, you may need a bit of practice to adjust to the differences in aiming at underwater targets.

Do You Need A License For An Archery Bow? ??

It’s important to stay fit and active in old age. However, that doesn’t mean you just have to think about walking, running, or swimming. While these activities are popular, they don’t always...

Continue Reading
link to Archery Thumb Ring: How To Buy The Right Size?

Though archery can be a fulfilling sport, it carries some risks. If you're not careful, you end up getting injured. Thankfully, this doesn't need to be the case. There are multiple types of safety... 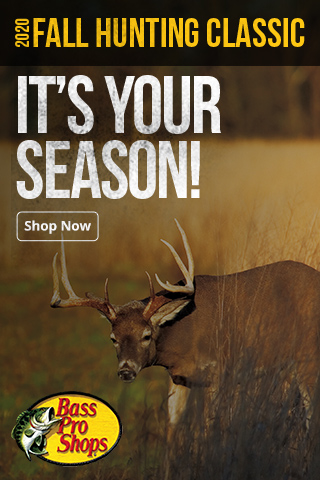