One of the most popular modern stories is Robin Hood. This fictional archer was so accurate that he could split an arrow in half. But can you really shoot an arrow through another arrow?

It is possible to hit an arrow with another arrow. Depending on how accurate you are, you might be able to get the head lodged in the rear of the other arrow, termed telescoping. However, due to the damage caused to both arrows, it’s best to try and avoid this situation.

So, it’s possible to pull off a “Robin Hood” move and cause two arrows to collide. But what are the circumstances where this is most likely, and what kind of damage does it do to the arrows? Let’s take a closer look at this issue to answer these questions.

What Are The Most Common Ways To Shoot Through An Arrow?

For many archers shooting one arrow through the rear of another can be an exciting moment, showing how accurate they have become. But what are the most common ways to shoot through an arrow?

There are a few prevailing circumstances that need to be in place to give you the best chances of telescoping an arrow.

Let’s look at each of these areas in more depth.

On the archer range, it’s often been reported that younger archers are more likely to be able to split their arrows. They aren’t as accurate as an experienced shooter. The reason for this occurrence is because they are using wider arrows.

Wider arrows tend to be easier to control and aim at the target, making them perfect for beginners. However, the wider the first arrow, the higher the area for the second arrow to contact.

Often, as archers grow more advanced, they will opt for slimmer arrows, which tend to be more aerodynamic, letting them achieve more speed.

For someone to telescope an arrow, they will need to practice on a day that has very mild weather conditions.

Often, elements like wind or rain can have a significant impact on where the arrow strikes the target. For example, a sudden gust of wind can get into the fletches of the arrow, blowing it off course.

To minimize these elements, you’ll have a better chance of hitting the target in precisely the same place and telescoping your arrow.

Finally, the archer must be very accurate. To telescope the arrow, you need to have spent enough time on the range to be able to hit the same spot repeatedly.

Though beginners might be able to get a lucky shot, improving your accuracy is the best way of being able to telescope arrows.

Finally, if you want to pull off a “Robin Hood,” you’ll need to be using a bow that is powerful enough to split the arrow.

As a result, archers who use a compound bow have the best chance of telescoping the arrow.

Bouncing Two Arrows Off Each Other

While it’s possible to telescope an arrow, it’s more common for one arrow to bounce off the shaft of the other.

There are several ways that this can happen. For example, you might not have enough power to force one arrow through the other. As a result, it will often glance off.

It’s also possible that the weather conditions have changed slightly, changing the trajectory of the arrow, so it lands next to the existing one.

You might also have been firing at the same target area, causing the arrows to land in a tight group.

What Are The Chances Of Shooting One Arrow Through Another?

As we’ve seen, there are a few elements that need to be in place before you can “Robin Hood” your arrows. But what are the chances of shooting one arrow through another?

Shooting one arrow into the rear of another is a reasonably common occurrence, especially if you are aiming for the same point on the target each time.

The odds of hitting one arrow with another are quite high unless you take precautions to prevent this from occurring.

Because of this, the more time you spend on the range, and the more accurate you become, the higher the chance that you will telescope your arrow.

What Kind Of Damage Does Telescoping An Arrow Cause?

As we’ve seen, there are multiple ways that archers will be able to telescope their arrows. However, while it might seem cool, you should try to avoid doing this. In most cases, both arrows will be unusable afterward. So, what kind of damage does telescoping an arrow cause?

There are several downsides to telescoping your arrows. First, the fletch will be utterly ruined. Depending on the type of arrow, the shaft might also have suffered severe damage. The head of the arrow might even have been impacted.

The force of impact can often determine how severe the damage will be. In most cases, the first arrow will be damaged beyond repair.

The condition of the second arrow can be more variable. In some cases, it might require some minor repair work. However, in others, the head might have been wrecked by the force of the impact. In this case, you will need to purchase a new one.

If this happens at a competition, you often don’t have to purchase a new arrow for the other archer, unless the damage was purposeful. However, you might still want to reimburse them a way of apologizing for the mistake.

How Can You Avoid Telescoping Your Arrows?

The most effective way to avoid telescoping an arrow is by avoiding firing in a tight bunch. If you are aiming for the same place on the target each time, it’s only a matter of time until you shoot one arrow through another. Instead, try aiming for several different areas on the target.

It’s also a good idea to try and limit the number of arrows you fire at once. The more arrows you have on the target, the higher the odds that you will end up telescoping one. This is one of the reasons that competitions limit their archers to three arrows per end.

Finally, you should make sure to maintain the arrows frequently, repairing any damaging to the fletching. This type of damage is standard if they are fired in a tight bunch, as they might rub against the shaft of another arrow. It can also occur if you don’t leave any space between the arrows when you transport them to and from the range.

It is possible to fire an arrow through another arrow. The chances that this will occur often depend on the way you are shooting and the type of conditions on the range. Because you’re aiming for the same spot on the target each time, there is a good chance that most archers will end up telescoping an arrow eventually. To prevent the damage that this can cause, you will need to take precautions like limiting the number of arrows you use and avoiding firing in tight bunches.

How High Can You Shoot An Arrow?

link to Best Compound Bow Under 500

The history of the bow and arrow is the history of mankind - Fred Bear  A wise man once said that the only things that you can rely on in life are your hound and yourself. Everything...

You can’t not look cool with a crossbow - Norman Reedus Most people would happily agree that life is far more enjoyable when you keep it simple and the easiest way to keep things simple is by... 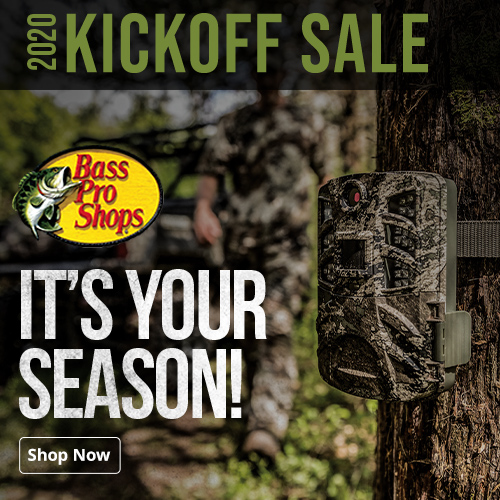