Archery is a great sport for everyone, from kids to adults, regardless of gender. One of the trickiest parts of archery is getting a consistent release. Your release is the moment when you let go of the drawn string, allowing the arrow to sail through the air towards your target.

Potential archers looking to get started in the sport who have long fingernails may be wondering whether you can do archery with long nails.

The answer is yes, you can! The slightly more complicated answer is that your fingers should never “pluck” the string of your bow and should be kept clear when you release as long as you can do that every time, you will never lose a nail.

Of course, that is easier said than done, especially for beginners. Even for a seasoned professional, accidents happen. Newbies will have errant releases, and if you have long nails, some of these releases will come into contact with your nails. This could potentially rip or tear long nails. Ouch!

There are a few archery kits you can use to prevent potential nail damage; these all fall into the category of release aids.

The type of bow you choose might alter your release aid selection. Below, we will cover compound bows as well as recurve and longbows.

If you are going to use a release aid, this is the best type of bow to shoot. That is because most release aids are made with compound bows in mind.

These types of bows are designed to hold back most of the draw weight when the bow is pulled to full draw. So, for a 100-pound draw, the archer and any release aid they may be using only have to hold back ~10 pounds of the weight.

In contrast, on a full draw with a 50-pound recurve bow, the archer and release aid have to hold back all 50 pounds. Many release aids are not meant to hold back larger draw weights, which could lead to unplanned releases.

Now, whichever release aid you end up choosing is going to come with a learning curve. So, try before you buy and make sure you’ve found the option you feel is most comfortable.

There are four basic types of release aids that you can use with compound bows:

This release attaches to a wrist strap that the archer wears and is then attached to the string using moving jaws, a D-loop, an open hook, or a rope loop. You use your index finger to trigger the release. The wrist strap also helps you draw the bow and keeps the release aid attached to you at all times.

This is a nice feature as release aids are small and expensive, making them easy to lose and a burden to replace. These are an excellent option for bowhunters.

As the name implies, this release is triggered with your thumb rather than your index finger. Some models have wrist straps, but not all. They are attached using the same methods as an index finger release. These releases are suitable for bowhunters, especially the wrist strap models, or for target shooting. 3-D competitors tend to favor this style of release.

The previous two versions had a trigger that was operated by the archer. This style is a trigger. What that means is that you mechanically rotate the hinge release until it lets go of the string. There are two methods of doing this, and you should practice both to find the one that best suits you.

This method results in a release that you cannot precisely time because you won’t know specifically when the hinge will rotate to the point of releasing the string. This is a con for bowhunters or anyone who has time their release accurately.

However, it is fantastic for target hunters hitting stationary targets. The surprise release means no anticipatory flinches that can affect your aim.

This is another release method that can be thought of as a trigger rather than having a trigger. You hook the release onto your string and hold the safety in place to prevent accidental discharge.

You pull back to full draw and then deactivate the safety. You draw your shoulder blades together, which increases the resistance on the string and release until there is enough tension to trigger the release.

If you have a recurve or longbow, you may opt for a more straightforward option, either gloves or finger tabs. These are better choices because most recurve archers shoot traditional style archery, which does not utilize the release aids that compound bow shooters use but instead focus on learning proper finger techniques for drawing and releasing the bow. Such aids can also interfere with the way that recurves shooters anchor and aim their shots.

Another factor to keep in mind is that the aids talked about in the previous section may accidentally release because they cannot hold back a full draw with the more cumbersome weight setup. This equates to the unintended firing of arrows, which can be dangerous.

Check the draw weight that your release aid is designed to hold and do not exceed it.

These aids also release a string quicker than your fingers, which puts more strain on the limbs of your bow and could cause damage.

Any archer looking to compete, using release aids rather than gloves or tabs, will also put you into a different class with compound bow shooters. Compound bows can pull heavier weight and generally have more accessories added to them in competition.

The great thing about gloves or finger tabs is that they are more about hand protection, they do not hold any weight, and are generally compatible with anchoring and aiming techniques used by recurve archers. Therefore they can be used with any bow regardless of the draw weight or which methods you will be using.

Archery gloves are well-suited to beginners because they offer the most protection of any of the available options. This added protection will help new archers feel confident with their draw as they feel less risk of injury.

Gloves are usually made of thick leather.

They may wear out quicker than tabs because you wear them for the entire time you are shooting. Wearing them for the whole time means you perform other tasks that wear on the glove, such as drawing arrows.

Thick gloves also equate to some loss in finger sensitivity.

Tabs are great for archers looking to get into competitions because they offer the most sensitivity on the string. However, they do not provide as much protection and must be taken off when performing other tasks.

Tabs are also generally constructed with leather, but the material is thinner than with gloves, which provides the archer with improved sensitivity on the bowstring but less protection.

If you want to get into archery and have long nails, you will likely want to learn to shoot with one of the previously discussed release aids or protection.

Release aids are great for compound bow shooters but offer some obstacles to recurve and longbow archers.

Gloves and tabs are generally a better and less expensive option for those who want to shoot recurve and longbow.

Can You Shoot An Arrow Underwater? 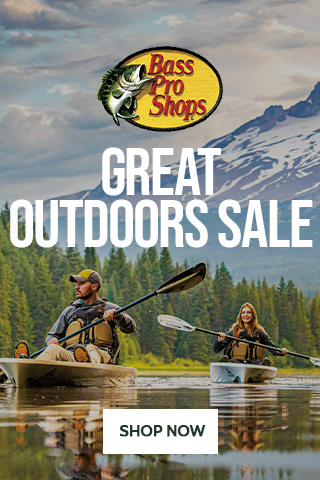